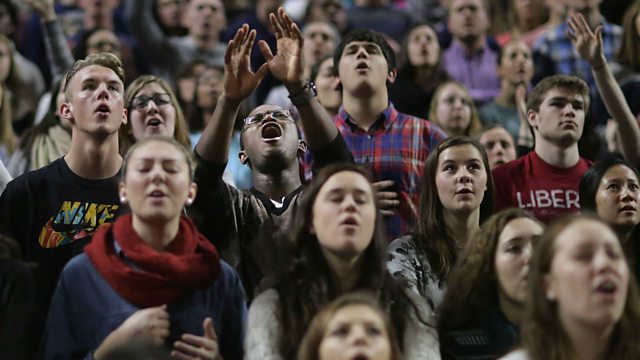 Its believers speak in tongues, aims to heal the sick with prayer and believe in the supernatural God. The INC religious movement is America’s fastest growing Christian group, and they want to use their faith to influence the political and corporate path of America.

This experiential, participatory, movement with a direct line to God is attracting millennials not only turned off by ‘traditional’ churches, but who are impatient to change the world.

Laura Hubber investigates the influence and sustainability of the INC religious movement. Laura meets the network's ‘apostles’ – popular religious entrepreneurs, and examines how close ties between the ‘network’ and conservative US politicians, including Sarah Palin, Newt Gingrich, Rick Perry and even President Donald Trump have been established.

There has been a marked rise in the religious ‘nones’ in the US. Laura investigates how the INC has grown so quickly exploring claims that the movement’s unique strengths are also what will ultimately make it unsustainable.

Giving Death Back to the People