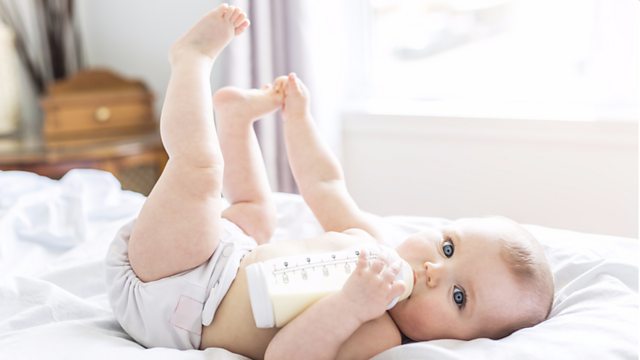 In 1865 Justus von Liebig invented Soluble Food for Babies. It was the world’s first commercial substitute for breastmilk and it has helped to shape the modern workplace.

Not every baby has a mother who can breastfeed. Indeed, not every baby has a mother. In the early 1800s, only two in three babies who weren’t breastfed lived to see their first birthday. Many were given “pap”, a bread-and-water mush, from hard-to-clean receptacles that teemed with bacteria. But in 1865 Justus von Liebig invented Soluble Food for Babies – a powder comprising cow’s milk, wheat flour, malt flour and potassium bicarbonate. It was the first commercial substitute for breastmilk and, as Tim Harford explains, it has helped shape the modern workplace.

Harvey A. Levenstein  - Revolution at the Table: The Transformation of the American Diet, University of California Press, 2003

A history of infant feeding

Infant feeding through the ages

How parental leave rights differ around the world

Women face many barriers to breastfeeding; stronger national policies and programs key to eliminating them

Every parent should know the scandalous history of infant formula

Got breast milk? If not, a Utah County company has you covered with imported Cambodian milk