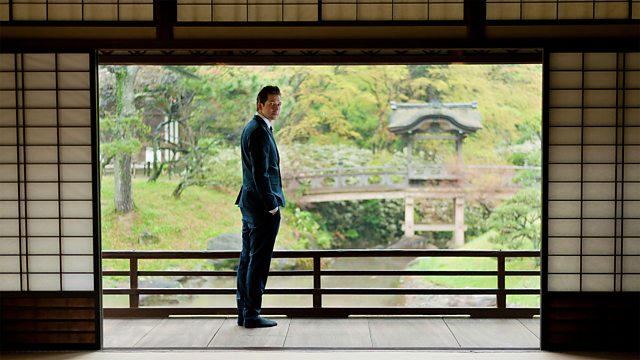 The Art of Japanese Life Series 1
Episode 3 of 3

James Fox looks at the clean minimalism of the Japanese home, which has been exported around the world, from modernist architecture to lifestyle stores like Muji.

In the final episode, Dr James Fox explores the art of the Japanese home. The clean minimalism of the Japanese home has been exported around the world, from modernist architecture to lifestyle stores like Muji. But the origins of this ubiquitous aesthetic evolved from a system of spiritual and philosophical values, dating back centuries. James visits one of Japan's last surviving traditional wooden villages, and the 17th-century villa of Rinshunkaku, and reveals how the unique spirit of Japanese craftsmen (shokunin) turned joinery into an artform - creating houses without the need for nails, screws or even glue.

Exploring some of the traditional arts of the Japanese home (where even food and flower arranging have been elevated to the level of art), James also investigates attitudes to domestic culture in modern Japan, meeting photographer Kyoichi Tsuzuki, chronicler of Japan's crowded cities and tiny apartments.

Other highlights include a performance by calligrapher and artist Tomoko Kawao and a visit to the hometown of Terunobu Fujimori, one of the most singular and playful contemporary architects working in Japan today.

See all episodes from The Art of Japanese Life

See all clips from Home (3) 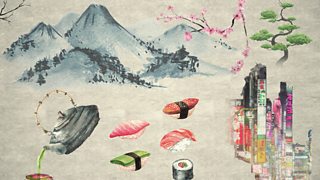 Three weeks of programmes on the art and culture of Japan.