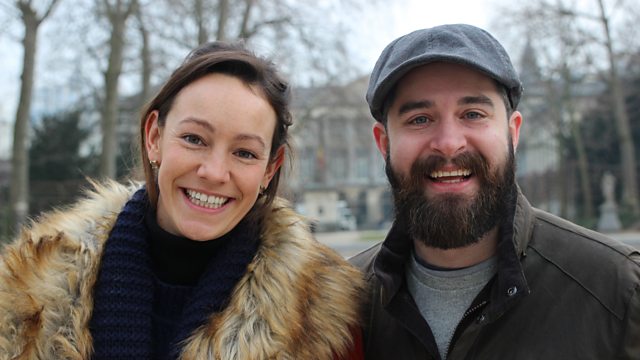 Where Are You Going? Brussels

Astonishing responses from strangers in Brussels to a simple question - Where are you going?

An interrupted journey is like a portal into somebody else’s life. Catherine Carr interrupts strangers on everyday journeys asks them where they are going. The encounters which follow reveal funny, poignant and sometimes astonishing details about the lives of others.

In cosmopolitan Brussels, she meets a multilingual Bulgarian translator who is mad about dancing and whose wife thinks he’s “a little bit weird” – not least because he is openly gay. In a freezing park, we bump into a choreographer who is doing his best to help a vulnerable young Romanian man. And on the cobbled streets of the European capital, a young couple on a mini-break are starting to realise they are in love.

(Photo: Tourists from the UK who are on holiday in Brussels. Credit: Suzanne Vanhooymissen/BBC)

Where Are You Going? Tijuana

Where Are You Going? Reykjavik