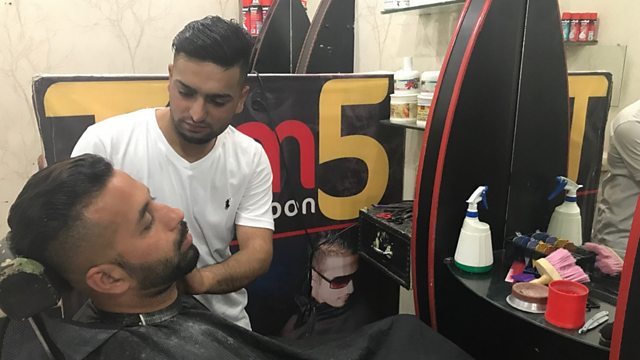 Dilemmas of the Philippines' drug warriors; ugly recession at a Greek beauty parlour; the haircut uniting British and Pakistani youth; a feast of sea urchins in French Polynesia

Pascale Harter introduces stories of image and reality from around the world, with reporters and writers' impressions and analysis from their travels.

Colin Freeman explores why - despite international condemnation - the Philippines President Rodrigo Duterte's war on drugs has some unexpected fans at home, as he meets former users and dealers who're willing to accept the killing of addicts and traffickers today.

Louise Cooper gets her nails done at a salon in Athens - and ends up putting her finger on many of the things wrong with the Greek economy.

Secunder Kermani visits Mirpur - the city where a majority of British people of Pakistani descent have their roots - to call in at a barber's shop and explain why almost every young man in town is now sporting the same haircut.

And Simon Parker dives into the crystal-clear Pacific waters around French Polynesia to confirm an unusual story of marine resilience - and to snack on the "delicious gonads" of the sea urchin.