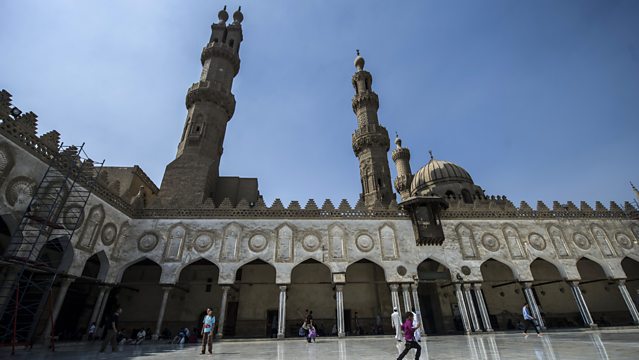 The Battle for al-Azhar - Part Two

How is al-Azhar in Egypt, the most prestigious seat of Islamic learning viewed from afar?

The so called Islamic state may be about to be driven out of Iraq and Syria but the fallout from the violence and mayhem the militant group has unleashed on the Middle East is far from over.
In Egypt a war of a different kind has been raging over who is to blame for all that violence and brutality in the name of Islam.

Egypt is home to al-Azhar, the most prestigious seat of Islamic learning which has long been regarded as a bastion of moderation. But the mosque has come under unprecedented attack since the emergence of ISIS. Critics say far from being a bastion of moderation, al-Azhar is in fact teaching the same texts used by IS to justify its barbaric attacks on civilians and non-Muslims. Al-Azhar has hit back. As a result, one TV programme has been suspended and its anchor jailed for defaming Islam. An author is awaiting trial on similar charges.

Magdi Abdelhadi examines the debate in Egypt and whether it has wider ramifications in the Muslim world.

In Part two Magdi travels to Malaysia to find out why it is the country that sends more students to study at Al-Azhar than any other country in the world.