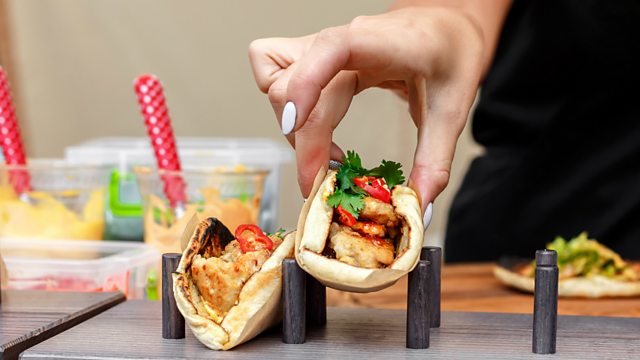 Hands Off My Food!

Should you be able to profit from the cuisine of a culture you were not born into?

When it comes to aspects of cultural life being shared, adopted or borrowed in an increasingly globalised world - where more so than food? But should a culture be able to claim ownership of a cuisine, and should you profit from food that isn’t culturally your own?

We start in Ottowa Canada where a group of New Zealanders are objecting to the marketing of an energy drink. From there we go to Tennessee in the US where Rachel Martin, a food historian tells us how Hot Chicken has become Nashville’s favourite dish, and why she’s a little uncomfortable about how this happened.

So where do you draw the line between appreciating food and appropriating or misappropriating it? The BBC’s Emily Thomas is joined by four people from the food world who have a real stake in this hot and divisive debate: Michael Twitty, a chef, food writer, and historian; Alex Stupak, a chef and founder of the Empellon Mexican restaurant chain in New York, Rachel Lauden, a food historian, based in Austin Texas, and Clarissa Wei, a food writer from Los Angeles.

The Real Value of a Cup of Tea

See all clips from Hands Off My Food! (2)