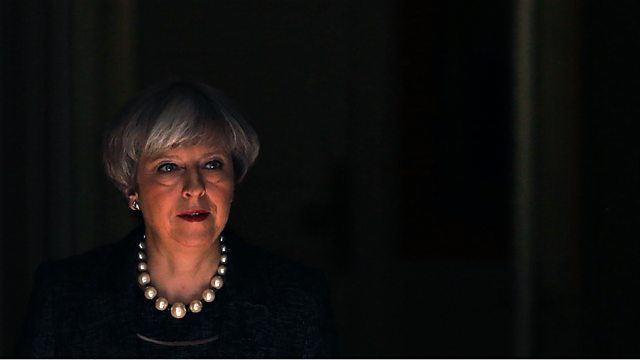 The British Prime Minister, Theresa May, says she will make clear to President Trump that shared intelligence must remain secure when she meets with him at the NATO summit in Brussels on Thursday. Pictures from the ongoing investigation into the bombing of a music concert in the British city of Manchester were leaked to the New York Times on Wednesday - a move that is said to have angered British officials.

Also in the programme: NATO Secretary General announces that the military alliance will join the anti-IS coalition; Two previously unseen Sylvia Plath poems have been uncovered

(Britain's Prime Minister Theresa May walks to deliver a statement outside 10 Downing Street in central London on May 23, 2017 after an emergency meeting of the Cobra committee in response to a deadly suspected suicide bombing in the northern city of Manchester. Credit: Daniel Leal-Olivas/AFP/Getty Images)

Father and Brother of Manchester Bomber Arrested in Libya