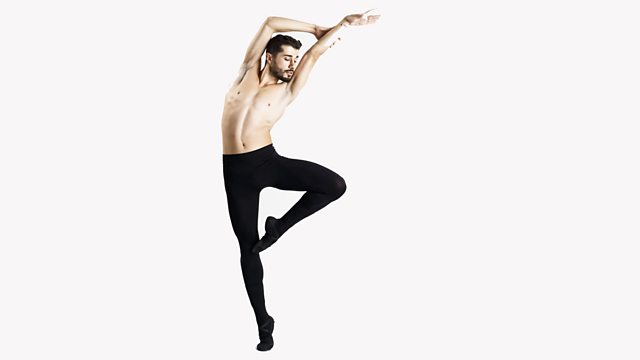 I Danced in the Rubble of my Home

Ahmad Joudeh never gave up his dream of becoming a dancer. When so-called Islamic State threatened to kill him, he got a tattoo which says "it's dance or die".

Ahmad Joudeh was born in the Yarmouk refugee camp in Syria. Just a few months ago, he was dodging bombs in his home city, Damascus, and fending off death threats from so-called Islamic State, who disapproved of his dancing, and the classes he gave to orphaned children. His life changed when a documentary about him was aired on TV in the Netherlands. It was seen by Ted Brandsen, artistic director of the Dutch National Ballet who immediately set about trying to bring Ahmad over to join them. Ahmad tells Jo Fidgen about his determination never to stop dancing, and Ted explains how he was able to help Ahmad come to the Netherlands to dance.

Rob Copeland, from Cornwall in England, has always been fascinated by camper vans - he set out to find one particular camper van and ended up going to Greece.

Outlook's Sorcha Glakan goes to New York City to meet some of the coolest delivery drivers around - a group of female bikers who deliver breast milk to babies. Some new mums rely on donors to supply them with milk, like Julie Bouchet- Horwitz who realised the difficulties of getting hold of milk when she adopted her daughter Olivia in 1996. That was when she had the idea of setting up the New York Milk Bank and signing up the biker group to help.

Dominic Raimondo works in a shopping mall in Salt Lake City. It's a far cry from the village where he grew up, in what is now South Sudan, among the cattle herders of the Didinga tribe. Most of the people he knows from those days now live in the Kakuma refugee camp in Kenya. Dominic himself spent ten years of his life there before he moved to the United States. But he went back to Kakuma recently to record some of the tribal songs that he fears will be lost forever now that people are scattered and living away from home.