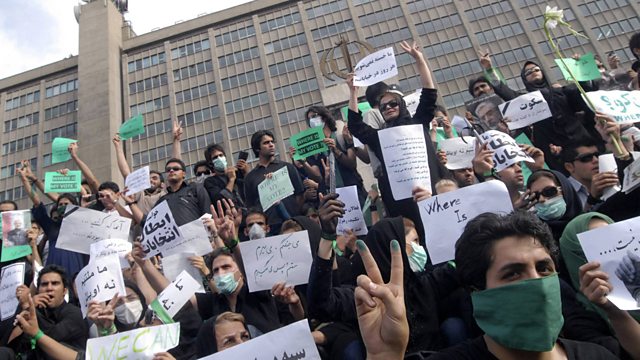 The Death of Neda Agha Soltan

In June 2009 after presidential elections in Iran, millions took to the streets to dispute the results. A young woman was killed and became a symbol for the opposition.

In June 2009 after the presidential elections in Iran, millions took to the streets to dispute Mahmoud Ahmadinejad's victory. A young woman, Neda Agha Soltan, became a symbol of the protest movement after she was shot dead at a demonstration in Tehran. Her death was captured on a mobile phone and uploaded on to the internet. That footage was seen around the world within hours. Farhana Haider has been speaking to Arash Hejazi who tried to save Neda's life as she bled on the streets.