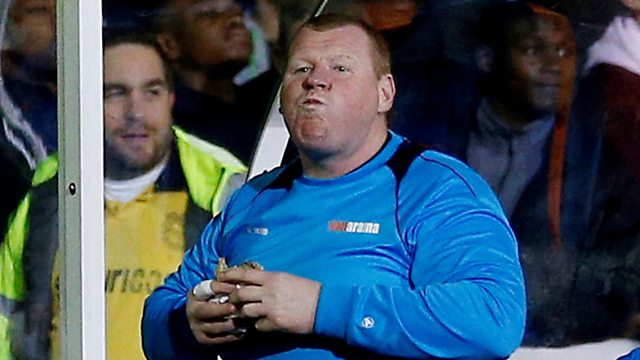 'Piegate' made my world fall apart

The goalkeeper at the centre of the FA Cup 'Piegate' scandal has exclusively told BBC 5 live Daily that his "world fell apart" after he was sacked in February.

Sutton United's Wayne Shaw lost his job after being caught on camera eating a pasty during their defeat to Arsenal in February.

Following the match it emerged Wayne knew Sun Bets had offered odds of 8-1 on him eating on camera.

The Gambling Commission and the Football Association are both investigating, with Shaw denying that he or any of his friends profited from the stunt.

He told Emma Barnett that the symptoms of his depression have returned since the incident and that giving evidence to the FA made him feel like a criminal.