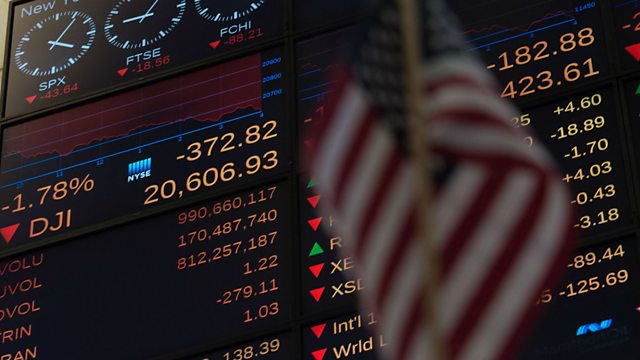 US Markets React to Political Turbulence

The Dow Jones index ends the day down by 1.8%

Former FBI Director Robert Mueller is named special prosecutor into an investigation of "Russian government efforts to influence the 2016 presidential election, and related matters. Meanwhile, controversy in Washington has contributed to nervousness on Wall Street, with the Dow Jones index suffering its biggest one-day fall since President Trump was elected last November. It ended the day down by one-point-eight percent. Nell Henderson an editor at the Wall Street Journal's Washington bureau looks at the political landscape and we turn to Diane Swonk of DS Economics in Chicago to sum up the reasons behind today's market moves.

The cities of Ceuta and Melilla lie on the North African coast - inside the borders of Morocco - but they're enclaves belonging to Spain. As a result, they're the only land border between Africa and Europe and attract thousands of Sub-Saharan migrants a year. They try to get into the enclaves by jumping the border fences or sneaking around by sea, as the BBC's Guy Hedgecoe reports.

Chris Andersen, CEO of the drone company 3DR talks to Business Matters about an article he has contributed to the Harvard Business Review about how drones are finding their space in the commercial arena.

And we discuss trends in social entrepreneurship with our two guests for the hour - Grace Sai, co-founder and CEO of The Hub in Singapore and John Wood, founder of the global not-for-profit company Room to Read, from New York.

Has President Trump Broken the Law?