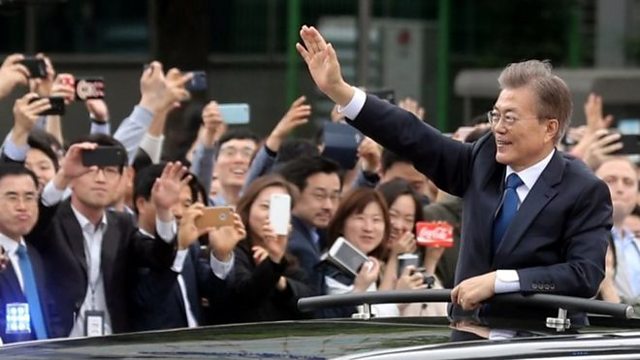 President Moon Jae-in has said he could be prepared to visit North Korea to solve what he called the "security crisis" on the Korean peninsula. He made the offer in a speech shortly after being sworn in as president. In another indication of a possible shift in policy towards Pyongyang, Mr Moon has already appointed people who have previously engaged with North Korea to senior positions. In Seoul, Dan Damon spoke to his security adviser, Jong Kun Choi.