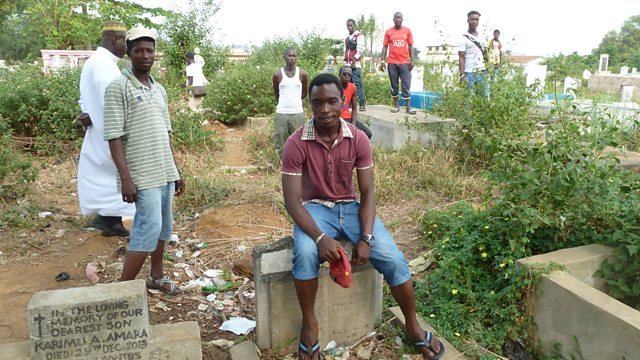 The Compass A Young World
Episode 2 of 4

How do young people in Sierra Leone cope faced with staggering rates of youth unemployment? Umaru Fofana reports from the capital Freetown.

How do young people in Sierra Leone cope faced with staggering rates of youth unemployment of over 50%? Umaru Fofana talks to young people in the capital, Freetown, as they struggle to make a living. He meets the young men who look after graves in the hopes of getting a handout from grieving relatives, and a young woman who was asked for sexual favours in return for employment. And he asks whether the education system is really preparing his young fellow countrymen for the world of work.

(Image: Young people in a cemetery in Freetown, Credit: BBC)