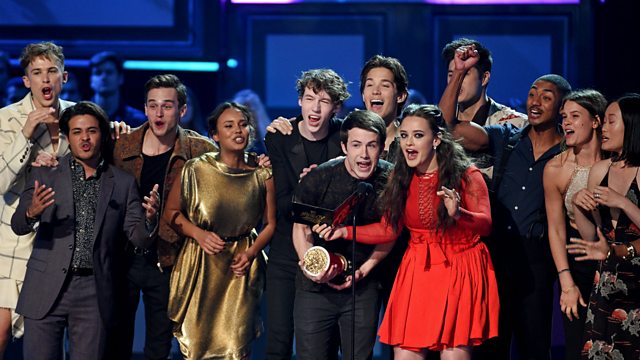 Lessons from the teen drama '13 Reasons Why'

"13 Reasons Why" is a US TV show that tells the story of a teenager who kills herself and leaves behind 13 tapes explaining why she decided to end her life. The show has been renewed for another season although many have criticised the teen drama for its depiction of sexual assault and lack of hope in the narrative. Sara Borgstede and her daughter Rebekah -- who watched the first season -- spoke to BBC Newsday. And it was Rebekah who began sharing her opinion on the controversial series.

(Photo: Actors Dylan Minnette and Katherine Langford (C) with the cast of '13 Reasons Why' speak onstage during the 2017 MTV Movie And TV Awards in Los Angeles. Credit: Photo by Kevork Djansezian/Getty Images)