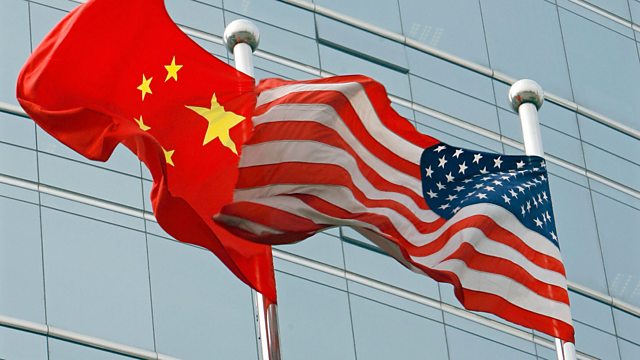 The US and China have reached a 10-point trade deal to open up markets between each other.

The US and China have reached a 10-point trade deal to open up markets between each other. Andrew Peaple of the Wall Street Journal explains the background to the move. Also in the programme, strong exports are boosting German growth, as the BBC's Joe Miller reports from Berlin. The British technology firm Improbable has attracted a $500 million investment from Japan's Softbank. The BBC's Rory Cellan-Jones tells us what Improbable does. The final of the Eurovision song contest takes place on Saturday evening in Kiev. The BBC's Adrian Bradley explains the commercial opportunities arising for Ukraine. Plus we look back at the week's big business stories with Peter Coy, economics editor of Bloomberg BusinessWeek, and Soumaya Keynes, economics correspondent at The Economist.

(Picture: A Chinese and US flag. Picture credit: Getty Images.)