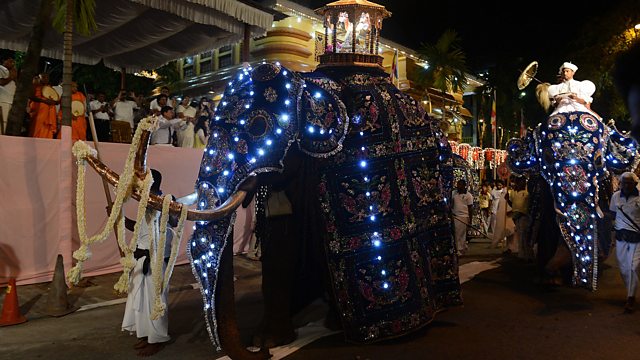 Religiously and politically potent, elephants in Sri Lanka kill dozens of people each year. How can they live more harmoniously with humans on this small island nation?

Every year elephants kill dozens of people in Sri Lanka. Hundreds of these huge mammals are slaughtered too – often by farmers attempting to protect their land. For Assignment, Linda Pressly travels to the east of the island - one of the regions devastated by over two decades of civil war. Thousands of people fled their homes during the fighting, and in their absence, the elephants moved in. With peace came resettlement, but many villages are now forced to negotiate a precarious existence with the wild herds, and death-by-elephant is not uncommon.

Meanwhile, the government is attempting to take action against the illegal ownership of elephants, and prosecutions are in train. In Sri Lanka, elephants are a status symbol for the rich and powerful, and they are also highly revered in Buddhist culture – no pageant is complete without a slow-moving procession of elephants.

But there are claims the confiscation of illegally-kept animals has created a shortage for religious rituals, and criticisms that the government is over-responding to the animal rights lobby. In a fractured nation, elephants are becoming increasingly politicised.

Coming Out of the Shadows in Kenya