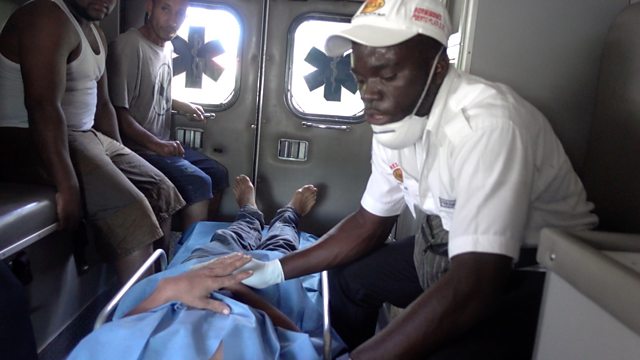 Getting Help in Emergencies in Super-Quick Time

The man getting emergency help to accidents on a Caribbean island using just a mobile phone. And Plastic Roads.

What do you do in a medical emergency when the equivalent of 999 or 911 simply doesn’t exist? After spending time in countries that lack public ambulance services, US paramedic Jason Friesen realised the problem wasn’t a lack of sophisticated ambulances, or the hi-tech medical equipment inside them, but the communication system necessary to get an injured person from A to B in time to save their life.

In the Dominican Republic there are no public ambulances but now, in two rural areas, first responders respond to a medical emergency as fast as any ambulance service in the developed world. And all it takes is one smartphone, a handful of willing volunteers, and an Uber-like text system that crowdsources help when disaster strikes.

And Dougal Shaw meets the man who is pioneering a way to use recycled plastic to make stronger, longer lasting roads.

Image: First responders in the back of an ambulance / Credit: BBC