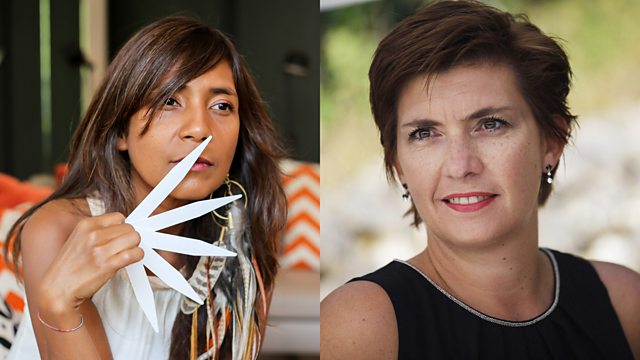 How do you capture and bottle a scent? Two perfumers reveal how they've trained their noses to smell over 1,000 raw ingredients, and explain what inspires them.

How do you capture and bottle a scent? Two perfume makers from France and Malaysia talk to Kim Chakanetsa about how they've trained their noses to smell over 1,000 different raw ingredients. They explain why a scent made for the European market wouldn't sell so well in Japan, and which smells they simply cannot stand.

Shyamala Maisondieu is a fine fragrance perfumer originally from Malaysia, who now works for Givaudan in Paris, one of the world's largest perfume manufacturers. Shyamala says her childhood in south-east Asia influenced the scents she is drawn to, from frangipani blossoms to jasmine and ginger. She has dreamed up fragrances for brands such as Tom Ford and Comme des Garçons.

Caroline Gaillardot is a perfumer who specialises in creating scents for beauty care products, including shampoos, shower gels and deodorants. She was born in Grasse, France, which has long been the centre of the perfume world, although she says she wanted to become a perfumer simply because she always loved to smell. She now works for Mane in southern France, which is one of the global leaders in the industry.

See all clips from Perfume Makers (2)