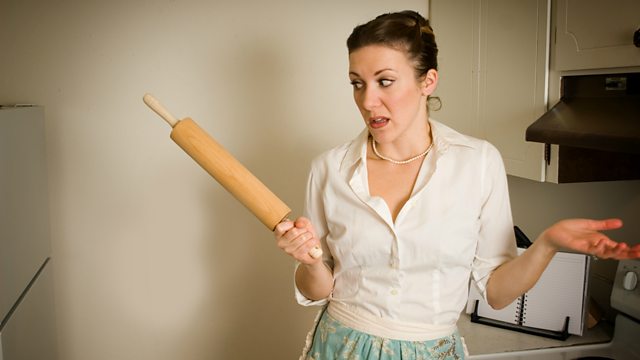 In the antithesis of a cookery programme, we meet people from around the world who can’t, don’t or won’t cook.

In the antithesis of a cookery programme, we meet people from around the world who can’t, don’t or won’t cook.

Cooking from scratch will bring us health and happiness. Well that’s what we hear from countless cookbooks, magazines, TV shows, celebrity chefs, and even government initiatives. But studies suggest that in countries like the US and the UK people are cooking less than they did in the past.

Is preparing our own food the realistic and logical choice for all of us? What are the social consequences if we don’t?

Who better to tell us than the people who don’t cook? We start in the leafy London suburbs, where the BBC’s Emily Thomas meets some men who have spent most of their lives staying out of the kitchen. From there to a swish hotel in Lagos, Nigeria, for tales of a marriage torn apart by a wife’s inability to cook a certain soup.

The non-cooking continues with Chilean actress Silvia Novak, journalist Bill Saporito in New York, and mum-of-two Melanie Dunn in Connecticut. Might they know something you don’t?

Finally we talk to Sarah Bowen, associate professor at North Carolina State University. For her, the reasons people don’t cook tell us a lot about society and inequality. She thinks the ‘the food evangelists’ are partly to blame.

Yes, there’s no space for master chefs in this week’s episode of the Food Chain.