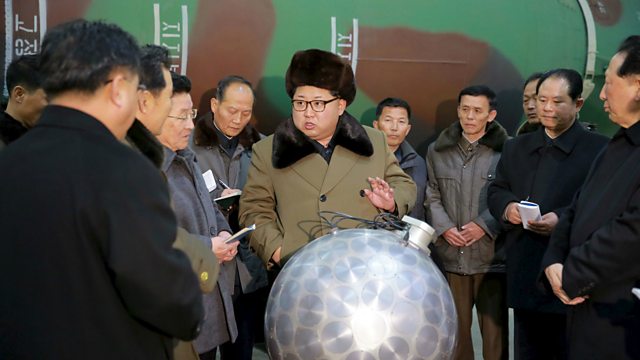 How did North Korea get the Bomb?

Exploring how a poor and isolated country has acquired nuclear weapons.

Tensions between the US and North Korea are running high. Kim Jong-Un has been testing long-range missiles and nuclear weapons. The Trump administration wants Pyongyang to end its nuclear weapons programmes and has said “all of our options are on the table” in pursuit of that goal. North Korea has said that a "super mighty pre-emptive strike” is planned if the US uses military force against them. But – our question this week – how did this poor and isolated country develop nuclear weapons in the first place?

Is Inequality About to Get Unimaginably Worse?

How Did Venezuela Go From So Rich To So Poor?

See all clips from How did North Korea get the Bomb? (2)