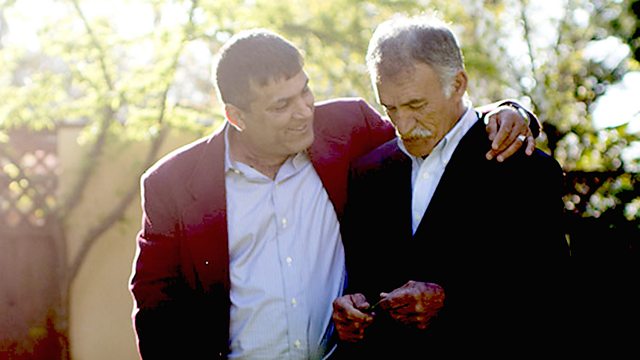 The Enemy Who Saved My Life

When Iran and Iraq went to war against each other in 1980 Najah Aboud from Iraq and Iranian Zahed Haftlang were fighting on opposite sides, but now they are close friends.

In 1980 Iran and Iraq went to war against each other. Najah Aboud from Iraq and Zahed Haftlang from Iran were fighting on opposite sides, but it was thanks to each other that they made it through the brutal conflict.
They've written a book about their experience called "I, Who Did Not Die", and, together, they tell Manuela Saragosa their extraordinary story.

Andreas B Heide is a marine biologist and conservationist from Norway who's devoted the past three years of his life studying killer whales - also known as orcas. But he doesn't just study them from a boat - he straps on a wetsuit and dives into the cold water to swim with them.

Amber Galloway Gallego is an American Sign Language interpreter who's working to make music more accessible to the deaf community - from Madonna to Placido Domingo.

Giving Birth During an Air Strike