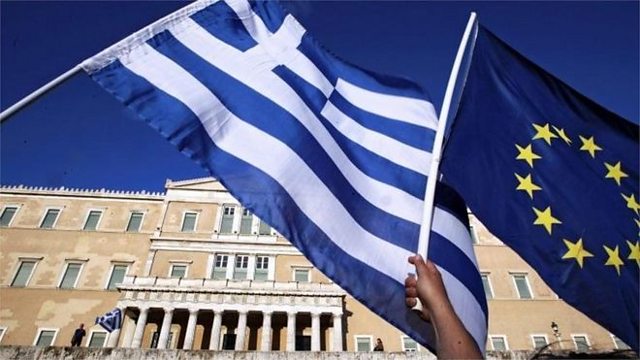 Greece's government has agreed cuts to pensions in exchange for more bailout cash.

Greece's government has agreed cuts to pensions in exchange for more bailout cash. We ask former Greek finance minister Yanis Varoufakis what he makes of the new deal. Also in the programme, as tensions continue to mount over North Korea's nuclear ambitions, the BBC's Danny Vincent travelled to the Chinese border city of Dandong to investigate the black market trade between the two nations. Candidates for a prestigious economics prize have been asked to solve the challenge of paying for new roads in a fair way. Our commentator Roger Bootle from Capital Economics offers us his ideas. The Twitter social network is launching a new video channel in partnership with Bloomberg. Richard Greenfield is a media analyst at financial services firm BTIG, and tells us if he thinks the idea will be a money-spinner. It might come as a surprise that many beers use fish guts to filter out yeast. The popular Irish beer Guinness is now to be made vegan, and the BBC's George Thomas has been finding out why.