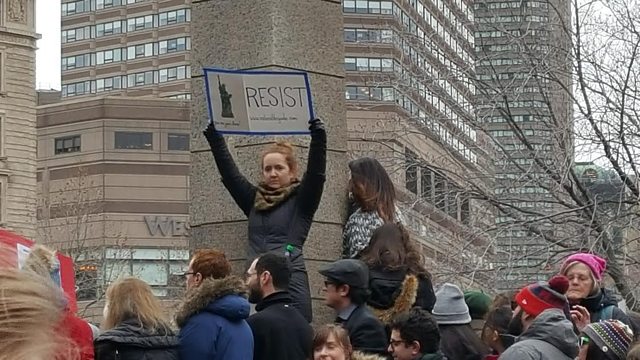 The Politics of Tech Resistance

The Politics and Tools of Tech Resistance; Pyongyang VR teleports you inside North Korea;.Tribeca & Draw Me Close’ The Raw Space Experience

Just over 100 days since President Trump’s inauguration Click’s Alison van Diggelen explores the notion of tech resistance, especially at the University of California’s Berkeley campus. She finds that technologists have woken up to the part they can play in the political conversation; that despite being at the epicentre of high tech, old school methods still have their place; and that some techies are keen to display their non- partisan credentials.

A new start-up has just filmed a unique VR/360 film in North Korea. It gives people the chance to explore Pyongyang like Google street view, teleporting from place to place. It is one of several remarkable experiments with VR.

Lauren Hutchinson reports on the premiere of Draw Me Close a world first in terms of VR and theatre, and one of the highlights of this year’s Tribeca Film Festival.

VR on the Rise at Tribeca

Uber and the Investigating Regulators