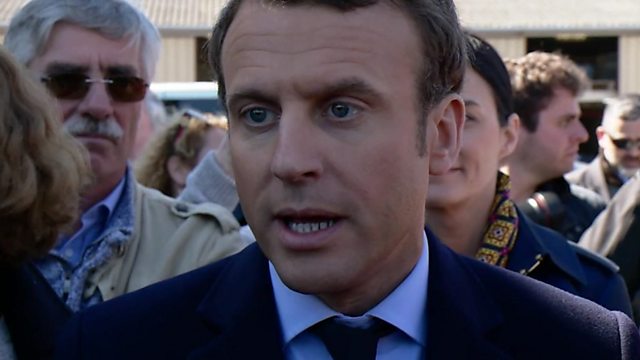 French presidential contender Emmanuel Macron has said he wants to see Europe reform. Sophie Pedder from The Economist has spent the day with Mr Macron's rival, Marine Le Pen, and tells us how she is trying to make the election a choice between France and finance. British politicians say social media companies like Twitter and Facebook need to do more to protect their users from illegal content. Naz Shah is a member of parliament who has been examining the issue, and we hear from Luc Delany, who was Facebook's European policy manager. The price of avocados has doubled in the past year. Chris White is editor of Fruitnet, a trade magazine for the fruit industry, and explains why. The BBC's Edwin Lane reports from Japan on a guest worker scheme that some argue amounts to a form of human trafficking. Plus the BBC's Alex Ritson reports on how tea's status as Britain's national drink is coming under threat.

Tough on Europe: French Presidential Candidates Focus on Reform of the EU