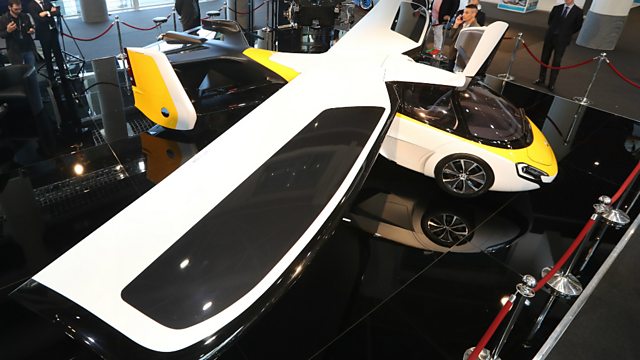 How Wikipedia's creator thinks he can tackle fake news online - and are flying cars finally set for take-offf? Presented by Rory Cellan-Jones.

Jimmy Wales, the creator of Wikipedia tells us how he thinks he can combat fake news online. Plus, Joshua Benton from the Nieman Journalism Lab at Harvard University gives his take on Google's attempt to present more truthful answers to search queries. As the concept of flying cars seems to be all the rage, we talk to Doug MacAndrew of Aeromobil, the creators of one such vehicle. And Jane Wakefield visits the TED conference in Vancouver, Canada, where she meets Richard Browning, the inventor of a jet-powered flying suit. Presented by Rory Cellan-Jones, with BBC tech reporter Zoe Kleinman, and special guest Ingrid Lunden from TechCrunch UK.

Can Machines Beat the Pollsters?