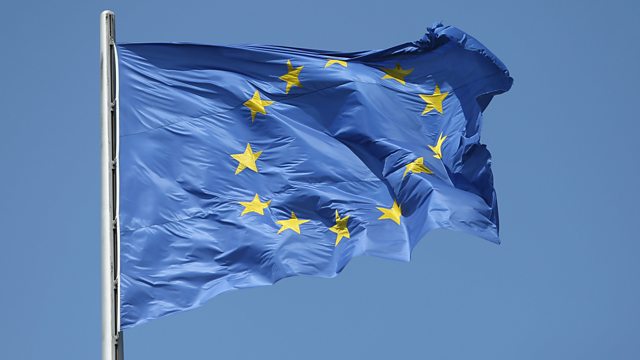 What Next for the European Union?

In light of France's presidential election last Sunday, we consider the future of the EU.

In light of France's presidential election last Sunday, we consider the future of the EU. Economist Roger Bootle of Capital Economics discusses with Richard Portes of the London Business School. Also in the programme, the founder of Wikipedia, Jimmy Wales, tells us why he believes a new project called Wikitribune may help to combat fake news. The BBC's Will Bain reports on a boost of six per cent to music sales last year, helped by a 60% rise in revenue from music streaming. As scientists target the goal of computers that can learn as they go along, Dr Sabine Hauert, professor of robotics at Bristol University in the UK, explains the prospects for so-called machine learning. Plus our regular commentator Lucy Kellaway of the Financial Times considers why chatting in the office has gone out of fashion.

What Next for the European Union?