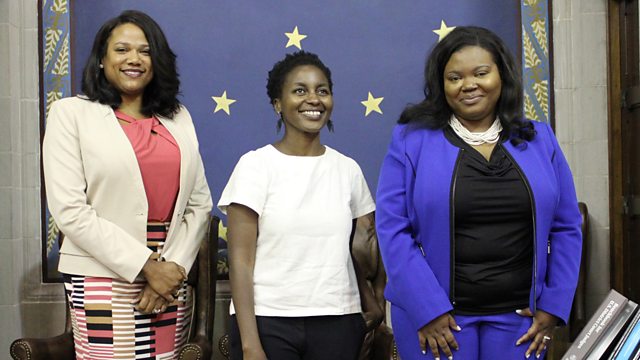 Women in the Courtroom

Two women lawyers in Alabama who are making history in the courtroom in their own ways. Kim Chakanetsa meets them inside the famous federal courthouse in Montgomery, where historic civil rights rulings were made in the 1950's and 60's.

At 28, Briana Westry-Robinson is Alabama's youngest ever female African-American judge. Graduating from high school at 16, and university at 19, Judge Westry-Robinson now presides over a district court in one of the poorest counties in Alabama. She says her age is an advantage in this job, because she can still identify with the juveniles who appear before her, and her aim where possible is to give them a second chance, rather than to punish.

Danielle Ward Mason is an award-winning trial lawyer, who specialises in fighting cases where medical devices and drugs may be harmful to women. She is considered to be one of the top personal injury lawyers in the state, and has won some of the largest pay-outs for her clients in the country. Danielle had a baby at 19, and put her legal dreams on hold for a decade, but then decided to go for it, and now her advice for aspiring young women is 'don't ever say what you can't do'.

See all clips from Women in the Courtroom (2)