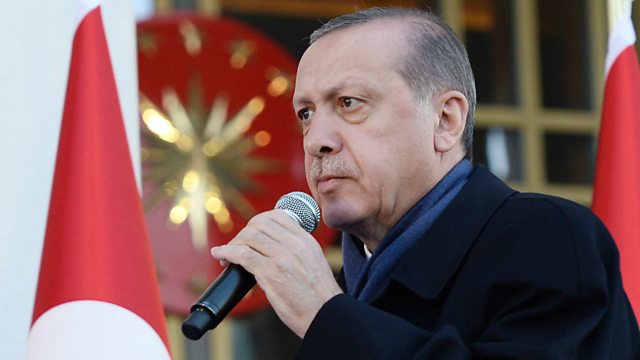 Artists' Responses to the Turkish Referendum

Turkish writer Kaya Genc on what the Turkish referendum means for the country’s artists.

Acclaimed Turkish writer Kaya Genc who has been covering the growing political rift in his country for the past decade, discusses what the result of the Turkish referendum means for the country’s artists and freedom of speech.

As the UK starts negotiating its exit from the European Union, historic tensions with Spain over Gibraltar have emerged again. The novelist M.G. Sanchez describes the human cost of the UK and EU’s tussle over Gibraltar.

Indian documentary filmmaker Ram Devineni tells us why he was motivated to create a comic book animation to tackle the issue of gender based violence and acid attacks on women, which are on the rise.

And as the French Presidential elections kick off this week, Lille based journalist Laurie Moniez tells us about a controversial film by Belgian director Lucas Belvaux which portrays the leadership and tactics of the Front Nacional.

Fiction from the Arab World