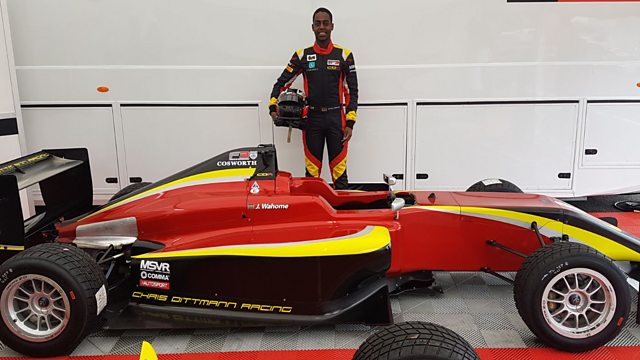 Jeremy Wahome is hoping to be the first Kenyan to line up on a Formula One grid.

At the age of 18, he's taking the next steps by competing in the British Formula three Championship - a series won in the past by the likes of Ayrton Senna and Mika Hakkinen, who went on to be crowned Formula One World Champions.

Not content with just pursuing a career in motor sport, Jeremy Wahome is also studying at Cheltenham College and recently set up a library in the Kibera slum in his homeland.

See all clips from Sportshour (988)