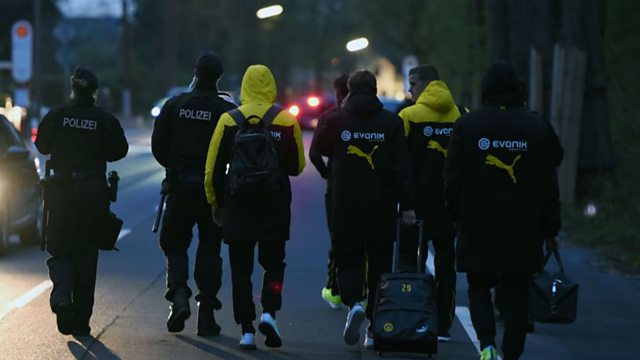 'Sport will always be a target'

Elly Oldroyd speaks to security expert Will Geddes after the attack on the Dortmund bus.

48 hours after the attack on the Borussia Dortmund team bus, we look into the new security measures for Premier League clubs and ask the question how safe are our sports teams?

We also hear from Mauricio Pochettino, who is surprised at Delle Alli’s exclusion from the short list for PFA player of the year and West Ham manager Slaven Bilic says Michail Antonio will be a big loss after the club confirmed he won’t play again this season following a hamstring injury.