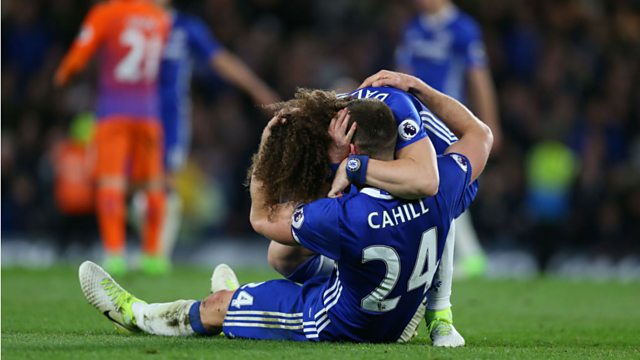 Neville: "Chelsea have answered everything that's been thrown at them"

Jonathan Overend has all the post-match reaction, as Chelsea maintain 7-point lead.

Jonathan Overend has all the post-match reaction from this massive night at both ends of the Premier League table, the Champions League and League one.

It’s utter relief for Chelsea after beating Man city 2-1 to stay 7 points clear at the top of the league, Tottenham net three late goals to beat Swansea, Arsenal go to fifth with a win over West Ham – who have now had five defeats in a row, Liverpool are held to a 2-2 draw by Bournemouth and Hull fight back to move out of the relegation zone.

We also analyse Newcastle’s eventful 1-0 win over Burton Albion, after Matt Ritchie’s goal was disallowed by the referee Keith Stroud.