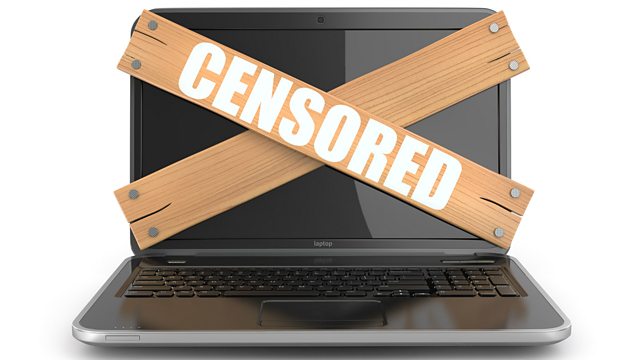 On the eve of the Index on Censorship Freedom of Expression Awards ceremony Gareth Mitchell talks to its Head of Advocacy, Melody Patry, and one of the finalists, Alp Toker, the founder of Turkey Blocks, an organization that monitors real-time censorship data in Turkey.

Ken Banks, mobile technologist, is in the studio to discuss how broadband could be expanded across Africa.

The think tank Demos has just published a report on how they have used Natural Language Processing algorithms, a form of artificial intelligence, to analyse over one million posts on mental health issues that people have put on online forums. Josh Smith explains what data scraping from many chat rooms can reveal about what people are really thinking about mental health services.

Hollywood studios are commissioning Virtual Reality experiences as new ways to showcase their latest releases. One example is the Ghost in the Shell, a sci-fi blockbuster starring Scarlett Johansson, that premiered in March this year. Alongside the film there is also a four-minute VR taster experience, which drops you in the middle of the action. Anthony Huertas from AMD, that provides the hardware that runs VR experiences, placed a headset on reporter Marnie Chesterton.

VR on the Rise at Tribeca