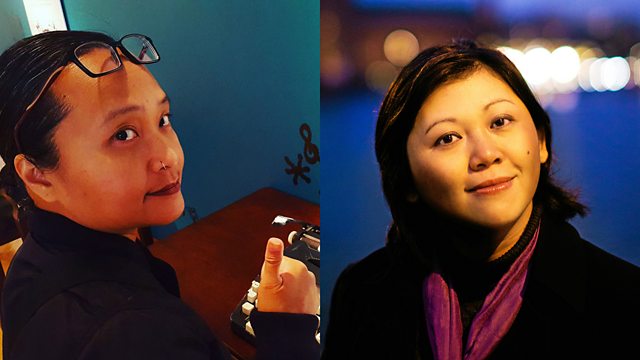 Lauren Schiller talks to two authors who both emigrated to the US from Asia. Poet Barbara Jane Reyes is originally from the Philippines and Yiyun Li is a Chinese-American writer.

Two women who emigrated to the US from Asia and both became writers talk to guest presenter Lauren Schiller in San Francisco about their 'messy' relationship with language, their rejection of the American Dream, and how they're trying to break free from labels.

Barbara Jane Reyes is a poet, whose work explores language, culture and identity. She was born in Manila in the Philippines, and raised in the San Francisco Bay Area. She started writing seriously as a student - when there were very few writers who were voicing her own immigrant experience. She now teaches Philippine Studies at the University of San Francisco and is the author of four books of poetry. She is due to publish her fifth collection, Invocation to Daughters, later this year.

Yiyun Li is an award-winning writer. She grew up in Beijing, and moved to the US when she was in her early 20s to study immunology. It was after she had arrived in Iowa and adopted English as her own language that she decided to make the leap from science to creative writing. She has published four works of fiction, and numerous essays. Her latest book is called 'Dear Friend, from My Life I Write to You in Your Life' and it was written while she grappled with depression and was finding solace in other writers. Yiyun teaches creative writing at UC Davis.

Sexuality And The City

Women in the Courtroom