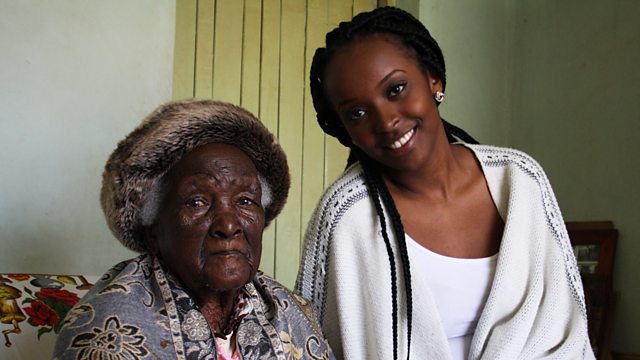 In early 2017 Elizabeth Gathoni Koinange turned 117. Priscilla Ng’ethe joined the family celebrations in Kenya and hears of the extraordinary life led by her great grandmother.

This is an affectionate portrait of Elizabeth Gathoni Koinange - a woman who celebrated her 117th birthday last year. Her story, and that of her family, is told by Elizabeth's own great granddaughter Priscilla Ng'ethe.

The joy of family life is captured when many generations come together. But it is a short mental journey to the past and to more turbulent times, when the British were rounding up suspected Mau Mau independence rebels and putting them into detention, where some faced torture and death. Elizabeth's husband was one of those detained and she led the family through a period of extreme austerity. The family survived and flourished in a new independent Kenya. The wife of a senior chief, in a polygamous marriage, Elizabeth lived through both good and bad times. She shares her secrets in this BBC World Service documentary told by her great granddaughter.

(Photo: Priscilla with her great grandmother Elizabeth Gathoni Koinange at her home in Kiambu, Kenya)