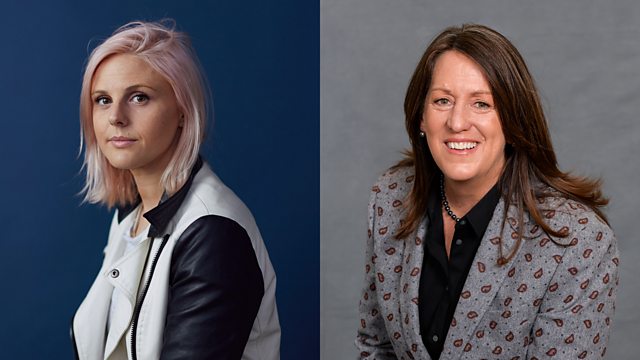 Sexuality And The City

LGBT women from different generations in San Francisco talk to guest presenter Lauren Schiller about their sexuality, the city and the changes they've seen in society over the years.

Kate Kendell has been described as America's 'Head Lesbian'. She is Director of the National Center for Lesbian Rights, which fights for the legal rights of LGBT people. She grew up in a Mormon family in Utah, and says that when she moved to San Francisco in 1994 her life went 'from monochrome to Kodachrome.' Kate was heavily involved for the fight for equal marriage in California, and married her own long-time partner Sandy in 2008. They have three children.

Robyn Exton founded a dating app for lesbian, bisexual and queer women in London in 2013, but two years ago she relocated to San Francisco to be closer to her investors. She also relaunched the app under the name Her - and it's now available in 55 countries. For Robyn, San Francisco has much to offer as a tech hub, but less in terms of the nightlife and parties she enjoys. She says the city is no longer the gay mecca it once was - and she is sad about the demise of the lesbian bar.

My Son Was Shot

See all clips from Sexuality And The City (2)