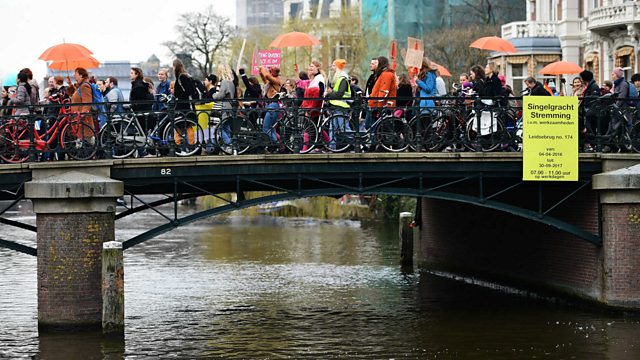 BBC World Questions is in Amsterdam in the aftermath of a fiercely fought election.

Immigration, national identity and the role of the EU continue to divide Dutch society. The ruling party held back a surge of support for what they called the “wrong kind of populism” and a wave of small parties did well in the election, but immigration and assimilation are still matters of great debate. Jonny Dymond and a panel of leading politicians and thinkers debate questions raised by a politically engaged audience.

See all clips from Amsterdam (3)