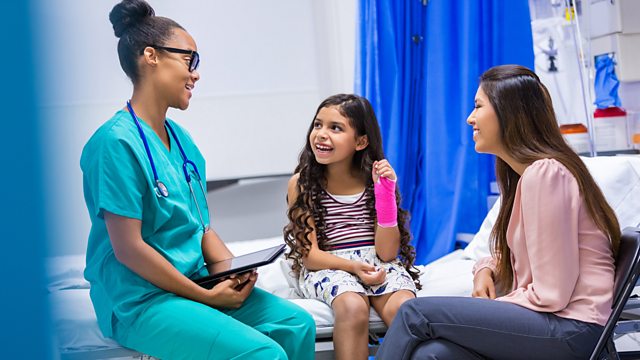 The Game Encouraging Medics to not use Jargon

When you visit the doctor how much do you understand what’s being said? Communicating complex medical information – especially to sick children – can be a challenge for medical staff. Now a game called Dr Jargon has been created to encourage doctors to use simple language to explain common complaints to patients.

The scientist who’s designed a way to “sniff out” polio viruses in the Israeli sewage system. For a number of years the world has been on the verge of eradicating the disease which can cause paralysis – but there are still a few stubborn areas where it persists. Combining the screening of the sewage for the virus along with vaccination data will help to detect any resurgence of polio earlier and in a more accurate way.

It’s been used by everyone from business leaders to schoolchildren – and now a prison in Kenya is teaching women inmates how to harness the benefits of “mindfulness” – a type of meditation which focuses awareness in the present moment, whilst acknowledging one's feelings, thoughts, and bodily sensations. It can be used as a way to bring about change in people’s lives and behaviours – but could it even reduce re-offending?

What Does Rest Really Mean?