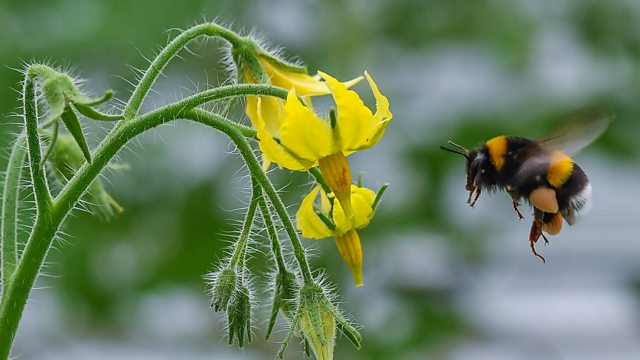 The Bee All and End All

Bees pollinate plants, can detect bombs and compose music. What would we do without them?

Bees pollinate and can detect bombs and compose music. What would we do without them? The world owes a debt of gratitude to this hard working but under-appreciated insect. One third of the food we eat would not be available without bees, meaning our lives would be unimaginably different without them.

Bee populations are dropping by up to 80% in some countries and the consequences are potentially catastrophic. The use of neonics pesticides in farming has been one of the main causes in the decline in bee numbers and now the farming world is having to take drastic action to try and reverse the trend. The situation has become so dire in some parts of China that the government set up a scheme in which humans had to pollinate plants by hand. Researchers in America have been so worried about a world without bees that they have started to develop robotic 'insects' to emulate their work. What’s causing the drop in populations and what might save them?

Dr George McGavin hears from scientists and researchers in Africa, South America, Europe and Asia about the extraordinary lives and impact of bees, hearing the amazing ways in which they communicate and learn, and how complex and diverse different bee species are.