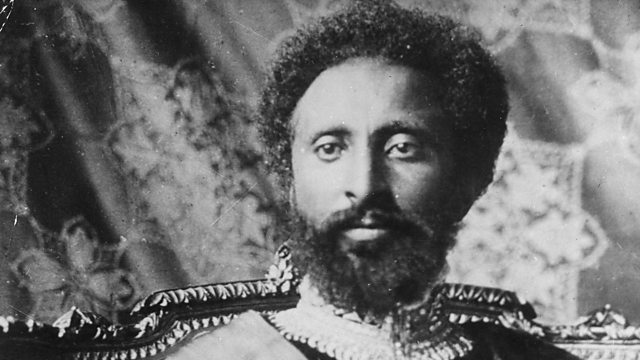 Emperor Haile Selassie was the last in the line of Ethiopia’s ancient monarchy. During his long rule he was revered as an international statesman and reformer, demonised as a dictator, and even worshipped as a God incarnate by the Rastafarians of Jamaica. He was without doubt a controversial figure, but achieved a status in the global arena previously unheard of for an African ruler.

Bridget Kendall discusses Haile Selassie’s life and legacy with Prince Asfa-Wossen Asserate, political analyst and author of ‘King of Kings: The Triumph and Tragedy of Emperor Haile Selassie I of Ethiopia’, who is also the great-nephew of Haile Selassie; Gerard Prunier, Independent Consultant on Eastern and Central African affairs, and former Director of the French Centre for Ethiopian Studies in Addis-Ababa; and Laura Hammond, an anthropologist specialising in Ethiopia at the School of Oriental and African Studies, University of London.