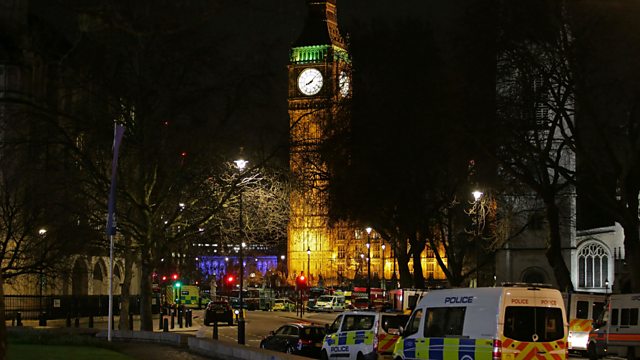 Was Westminster attacker a 'lone wolf'?

Three people were killed and 20 injured in an attack outside the British parliament when a man mowed down pedestrians, then stabbed a police officer before being shot dead. The UK Prime Minister, Theresa May, said 'the forces of evil would never be allowed to drive us apart' following the attack near the Houses of Parliament in the heart of London. Security consultant Olivier Guitta was asked if the alleged attacker was a 'lone wolf' - someone acting alone.

(Photo: British police officers stand on duty in London in the aftermath of the terror incident near parliament. Credit: AFP)