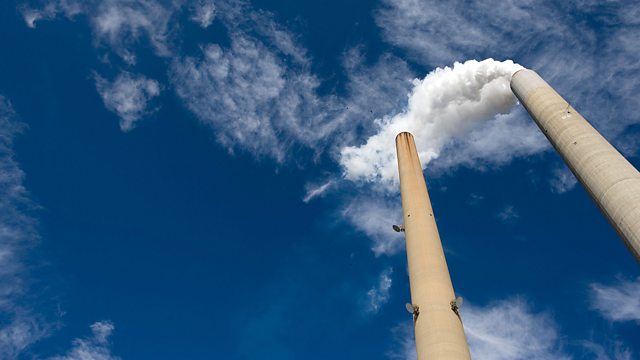 Do We Need A Plan B For Climate Change?

Scientists have been developing some very ambitious ideas to re-engineer our climate if ‘plan A’ – concerted global action – fails.

At a recent press conference on the new US budget questions were asked about funding for climate change initiatives. The answer was stark. “We’re not spending money on that anymore,” reporters were told, they’re a “waste of your money”. The new administration is sceptical about man-made climate change. Most of the world’s scientists and governments, however, are not. The Paris Agreement committed the world to prevent global temperatures from rising more than two degrees over pre-industrial levels. That target looked close to impossible even before the election of Donald Trump. So – our question this week – do we need a ‘plan B’? Scientists have been developing some very ambitious ideas to re-engineer our climate. They have created materials that could suck carbon dioxide out of the air and a scheme to pump reflective particles into the atmosphere. But – if ‘plan A’ fails – might any of these last-ditch ideas actually work?

Why Is No-one Trying to Stop the War in Yemen?

See all clips from Do We Need A Plan B For Climate Change? (2)