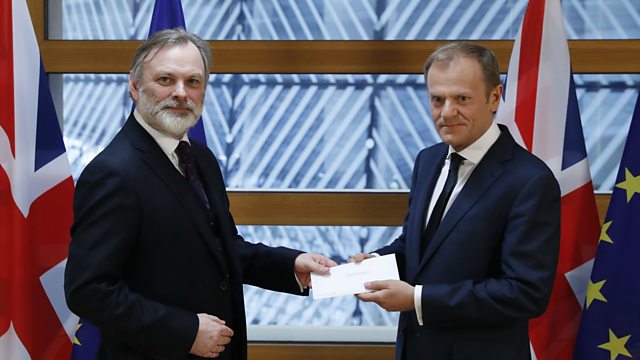 The two year countdown has begun on Britain's departure from the European Union.

The two year countdown has begun on Britain's departure from the European Union. Concern about immigration was a key factor in persuading the majority of British citizens to vote for Brexit in last year's referendum. We explore the issue with Michael Sippitt, chairman of the British law firm, Clarkslegal. The BBC's Guy Hedgecoe has been finding out about the concerns of British citizens living in Spain. We discuss how the coming two years of negotiations between the UK and European Union are likely to play out with Roger Bootle of Capital Economics and Sebastian Dullien, who is professor of international economics at the University of Applied Sciences in Berlin. Plus, as Samsung prepares to unveil its latest Galaxy S8 smartphone, the BBC's Zoe Kleinman tells us what we can expect.