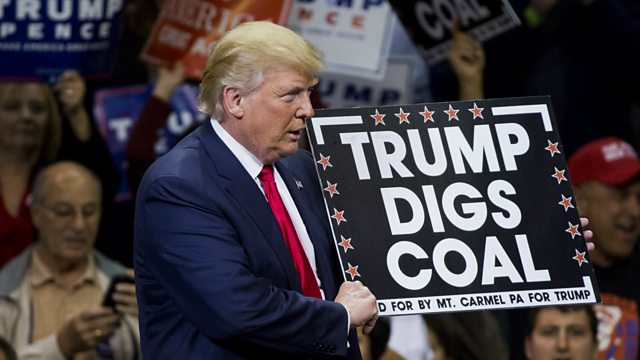 US President Donald Trump is signing an executive order to undo the Clean Power Plan intended to bring down carbon emissions. His executive order will overturn key parts of the Obama administration's plan to tackle climate change.

Also in the programme: the death of South African anti-apartheid activist Ahmed Kathrada and Germany accuses Turkey of spying on Turks living in Germany.