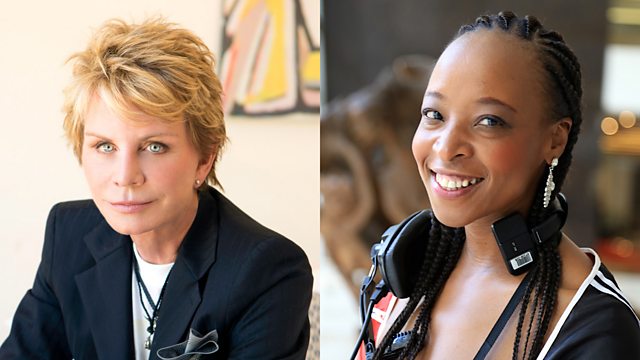 One of the biggest female crime writers in the world, Patricia Cornwell, talks to up-and-coming author Angela Makholwa about storytelling and serial killers.

Two women trying to get into the mind of the serial killer talk to Kim Chakanetsa about the craft of crime fiction. We hear what they're most afraid of, how writing about grim subjects has altered their outlook on life and whether women are particularly good at this genre.

Patricia Cornwell is probably the best known female crime writer in the world. Credited with creating the 'forensic thriller', Patricia has sold over 100 million books across the globe and recently published the 24th book in her hugely popular Kay Scarpetta series. Patricia has also long been fascinated by Jack the Ripper, the infamous Victorian serial killer, and has written her own account of his possible identity.

Angela Makholwa is a former South African journalist who first got into crime writing after interviewing the real-life serial killer, Moses Sithole, in prison. Her debut novel Red Ink was loosely based on those experiences. She says the role of the writer is to confront the things we all want to run away from. She has since written two more novels and says she enjoys reading crime fiction from Scandinavia, given that she writes about such a radically different part of the world. Angela lives and works in Johannesburg.

My Son Was Shot