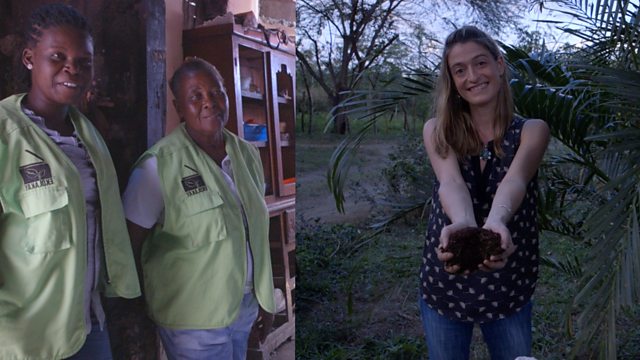 Toilets in Haiti and Circular Runways

A scheme to solve the problem of human waste disposal in Haiti and a radical suggestion for airports.

There are no sewers in Haiti. 26% of Haitians have access to a toilet, so a lot of the sewage ends up in the water supply. Currently, Haiti is battling the biggest cholera epidemic in recent history and thousands are dying. We travel there to meet a team of women who are trying to solve this massive problem. They have set up an NGO called Soil which delivers dry, compost toilets to peoples’ homes. Alternatives to water guzzling flushing toilets - which need infrastructure such as sewers - are drastically needed in many parts of the world. And there’s a bonus to this scheme too.

Also on the programme, a radical suggestion for airports: build circular runways. Are the current straight ones really the best way to take off and land?

Image: The women of Haiti who work for the NGO Soil / Credit: BBC

Checking out the Solar Hotel

The Parent Hack For Cheaper Childcare