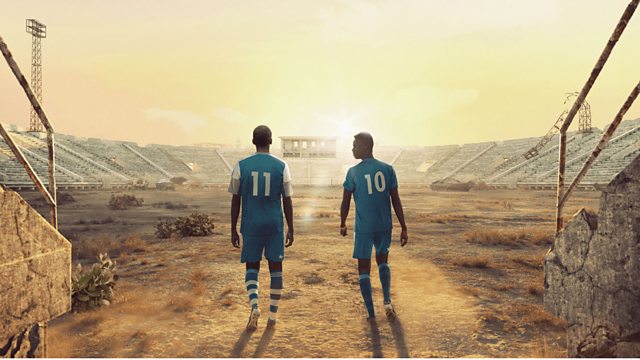 The Land that Banned Football

The story of two Somali footballers trying to rebuild their own lives off the pitch, and provide hope for a nation on it.

When Islamist militant group Al-Shabaab were in power in Somalia they banned football. In 2014 US director JR Biersmith started filming ‘Men in the Arena' which documents this football-mad nation on its long road back to normality on and off the pitch. It is finally released next month. The story is told through the eyes of two its players Sa'ad Hussein and Saadiq Mohammed.

The first Saudi woman to climb Everest:
Raha Moharrak comes from a traditional Saudi family and the ultra-conservative kingdom forbids women to take part in many activities. She tells us about the chance encounter that eventually led her to become the first Saudi woman to conquer Mount Everest. It pushed the boundaries of what her family, and more broadly the entire nation thought was acceptable and possible for women to do.

Sophie’s story:
We hear from Sophie Cook, official photographer of Premier League Bournemouth and the most prominent transgender woman in football

Photo: The poster for the film "Men in the Arena" Credit meninthearena.com

The Gymnast Allergic to Exercise