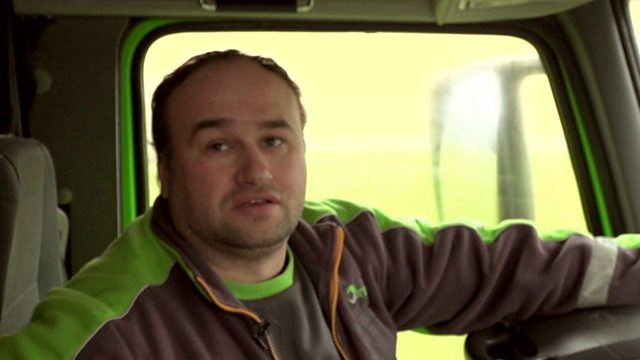 'I feel like a prisoner in my own lorry'

Lorry drivers moving goods in Western Europe for Ikea and other retailers are living out of their cabs for months at a time, a BBC investigation has found.

Romanian driver Emilian says he is paid less than £3 an hour, and feels "like a prisoner" in his cab. Ikea said it was "saddened by the testimonies" of the drivers.

The drivers the BBC spoke to were employed by haulage companies based in Eastern Europe, which are paid to transport Ikea goods.

Zoe Conway reports for Today and the Victoria Derbyshire programme.