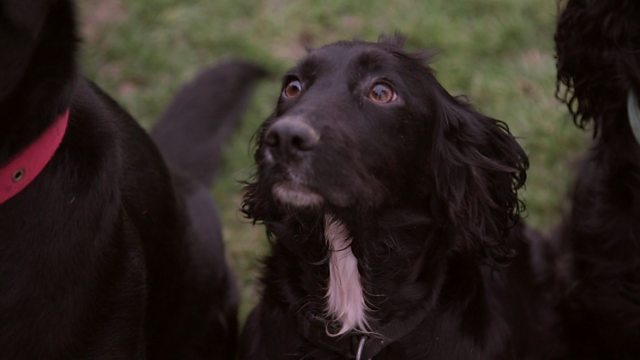 The dogs trained to spot cancer

NHS trials are currently assessing if dogs could also be used to detect prostate cancer at an early stage.

One study shows that specially trained dogs can pick up the presence of such cancer in urine samples, in 93% of cases.

Iain Duncan Smith's wife Betsy was diagnosed with breast cancer in 2009, and became involved with the charity Medical Detection Dogs.

In an exclusive film for this programme, the former Conservative Party leader says he wants to see it rolled out across the NHS.