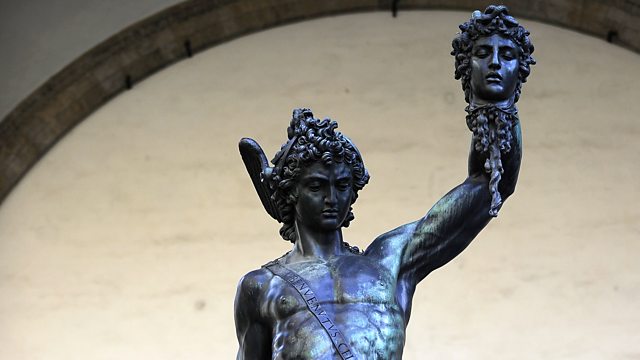 The Magic of Bronze

Discover the amazing stories behind some of the world's greatest masterpieces in bronze. With Carol Mattusch, Jianjun Mei, David Ekserdjian and Bridget Kendall

From Cellini's magnificent Perseus statue to the humblest of tools, people have been using bronze for at least five thousand years. So what makes bronze such a versatile material, how we first discovered it, and why is it that so many precious bronze art works have failed to survive?
Bridget Kendall is joined by Carol Mattusch, Professor Emerita of Art History at George Mason University, Professor Jianjun Mei, from the University of Science and Technology, Beijing and Director of the Needham Institute in Cambridge who specialises in ancient metallurgy, and David Ekserdjian, Professor of Art and Film History at Leicester University.
Also in the programme: Dutch sound artist Floris van Manen follows the key stages of making a bronze bell at Eijsbouts, one of Europe's leading foundries.

See all clips from The Magic of Bronze (2)

David Ekserdjian at the University of Leicester